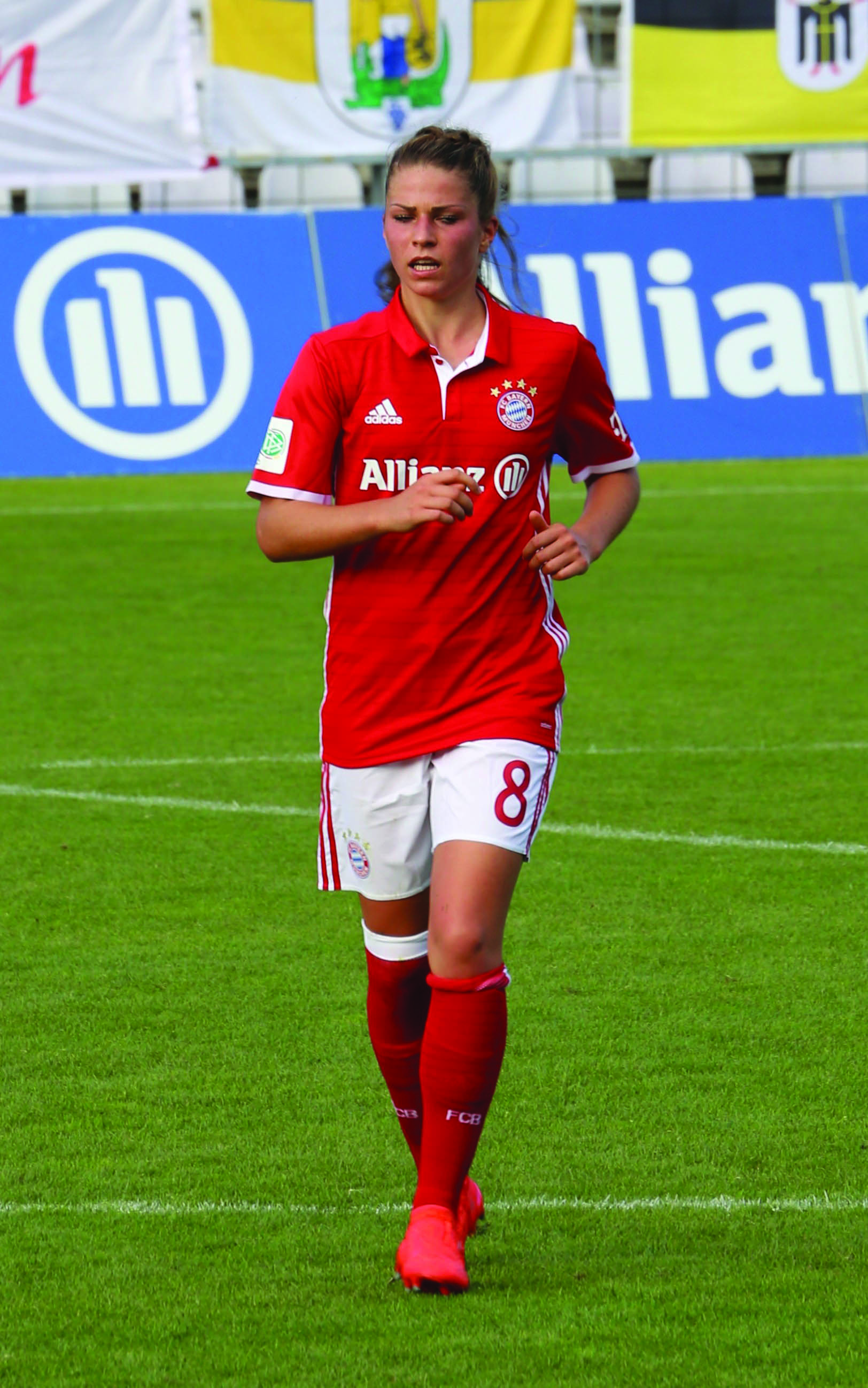 Chelsea have finally found a player to fill the vacant no 8 shirt as they bring in Melanie Leupolz from German outfit Bayern Munich.

Karen Carney was the last Blues player to don the coveted 8 but she retired at the end of last season to embark on a media career.

The last time the two clubs had contact on the pitch was pre-season when the Bavarians thumped the West Londoners 5-0 in The French Women's Cup in Toulouse, France.

Hayes must have liked what she saw of the opponents, as she has gone out and bought their captain.

Hayes is determined to build a squad to challenge once again for the Women's Champions League.

They are handily placed to scoop one of the two top slots to ensure qualification next season - with the WSL1 title firmly in their sights.

Leupolz, 25, will join the Blues at the end of the current season - whenever that will be.

She has signed a three-year deal.

She said: "I believe in what Chelsea are doing as a club and I am excited to be a part of that. They want to win titles, and so do I.

"I also like the style of football they play. I have seen a lot of their matches and I think it’s the right club for me."

Hayes said: "Melanie has the right qualities that we look for in players at Chelsea. She’s got international experience, been the captain of Bayern Munich and her best years are yet to come.

"It’s a real statement of intent that she chose Chelsea and it shows just how far we’ve come as a football club."Melanie is versatile, she’s got wonderful qualities in the midfield areas and she will provide much-needed depth – I’m looking forward to welcoming her to the club."